A stunning picture book by former US President Barack Obama that’s perfect to share and inspire children to achieve their dreams. An inspirational picture book for young readers from former President of the United States, Barack Obama. In this tender, beautiful letter to his daughters, former President Barack Obama has written a moving tribute to the ideals that have shaped his nation and thirteen groundbreaking Americans, including: The artistry of Georgia O’Keefe The courage of Jackie Robinson The patriotism of George Washington Barack Obama sees the traits of these heroes within his own children and within all children. Evocative illustrations by the award-winning artist Loren Long at once capture the personalities and achievements of these great Americans, and the innocence and promise of childhood. This book celebrates the potential within all of us to pursue our dreams and forge our own paths. 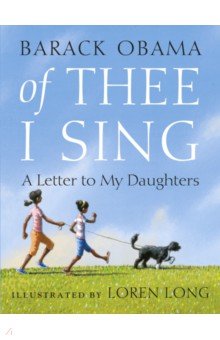