Anthony Trollope (1815-1882) was an English novelist of the Victorian era. Among his best-known works is a series of novels collectively known as the Chronicles of Barsetshire, which revolves around the imaginary county of Barsetshire. «The Way We Live Now» is a satirical novel, published in London in 1875. The main character of the story, Augustus Melmotte, is a financier with a mysterious past. He is rumoured to have Jewish origins, and to be connected to some failed businesses in Vienna. When he moves his business and his family to London, the city’s upper crust begins buzzing with rumours about him. 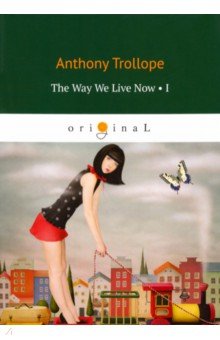